News Americas, NEW YORK, NY, Fri. April 27, 2018: Sadly, no Caribbean national made it onto Forbes’ most powerful person in the world list and few make it on to the magazine’s rich list. But there is no denying that the region has many Caribbean-born stars and millionaires, especially in the sports and entertainment arena. Here is the News Americas Top 10 List you should know, apart from Rihanna and Usain Bolt, according to estimated net-worth compiled by Celebrity Networth:

Former West Indies captain and world cricketing great, Trinidadian Brian Lara, 48, ranks at number 1 on our list with an estimated net-worth of US $60 million. Lara announced his retirement from all forms of international cricket on 19 April 2007. Five years later, he was inducted to the ICC’s Hall of Fame at the awards ceremony held in Colombo, Sri Lanka.

Coming in at 2nd on the News Americas Top 10 List is Jamaican born singer turned sauce entrepreneur and chef, Levi Roots, 59, is worth an estimated $45 million. Roots, who was born in Clarendon, Jamaica became known for earning $50,000 pounds in funding for his Reggae Reggae Sauce on the UK television series Dragons’ Den. Roots’ sauce brand is now worth $30 million pounds. He also had a television cooking show and book titled Caribbean Food Made Easy and has appeared on the TV series Celebrity Mastermind and Big Brother.

Ranking at third is Puerto Rico’s Daddy Yankee, 41, born Ramon Luis Ayala Rodriguez, has a reported net worth of $30 million. In July 2017, Daddy Yankee became the first Latin artist in history to top Spotify’s Worldwide charts thanks to the monster hit song Despacito. 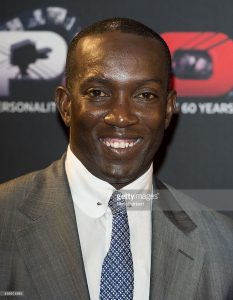 Former Manchester United player, Trinidadian Dwight Yorke, has an estimated net worth of $25 million takes the fourth spot of our list. Yorke was nicknamed “The Smiling Assassin” for his goal scoring ability and for constantly smiling. Yorke served as assistant manager for the Trinidad and Tobago national team. His autobiography “Born To Score” was published in 2009. 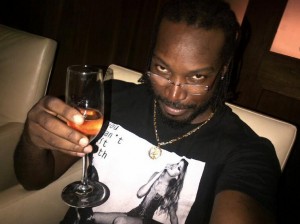 Taking the fifth spot on the News Americas Top 10 List is West Indies star batsman, Jamaican Chris Gayle. Gayle has an estimated net worth of $25 million, earned largely an an international cricket player for the West Indies and playing T-20 cricket for Asian clubs/franchises.

Jamaican Grammy-winning reggae singer and entrepreneur, Damian Marley, 39, has a reported net worth of $20 million dollars, landing him at 6th on our Top 10 List. The youngest son of reggae legend, Bob Marley, Damian also goes by the nickname Jr. Gong. He is unmarried but last a long-term relationship with Cristal Chaitram. The couple have two sons: Elijah and Christian Marley. 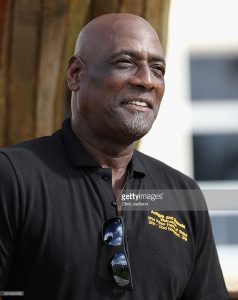 Sir Viv Richards, a West Indian cricketer and captain who is regarded to be one of the greatest batsmen of all time and one of the best cricket players in the history of the sport, comes in at 7th on our top 10 List, with an estimated net worth of $20 million. Richards, 66, was appointed an Officer of the Order of the British Empire in 1994 for services to cricket and was made a Knight of the Order of the National Hero by Antigua and Barbuda in 1999.

Jamaican, Grammy-winning singer, Shaggy, takes the 8th spot. The singer, who this month released a new album with superstar, Sting, has a reported net-worth of $12 million. 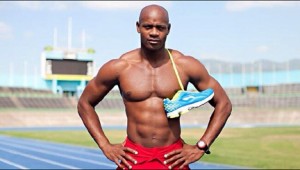 Coming in at ninth of our list is Jamaican Olympian, Asafa Powell, 35. He has an estimated net worth of $6.5 million, earned largely as a sprinter who specializes in the 100 metres. 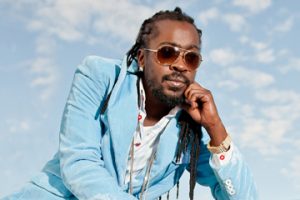 Dancehall star, Beenie Man, born Anthony Moses Davis in Kingston, Jamaica, rounds out our Top 10. He has a reported net worth of $4 million. Beenie Man is referred to as the world’s “King of Dancehall.”

Brazil and Mexico Discuss Bilateral Relations During Seminar at The LIDE’s … – Sacramento...