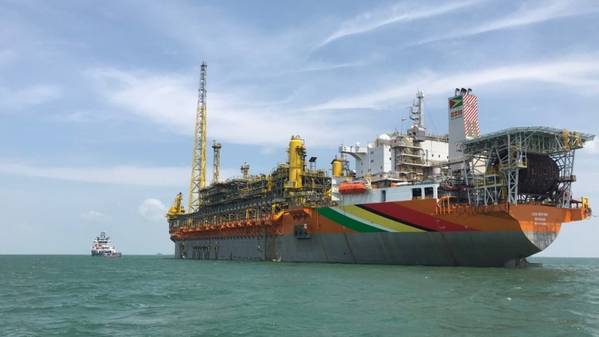 News Americas, NEW YORK, NY, Fri. Jan. 24, 2020: Here are some of the top business and finance news making headlines across the Caribbean this week.

Guyana has officially shipped its very first batch of crude oil on Monday, according to TankerTrackers.com.

The first batch of oil, a million barrels of Liza sweet crude oil, was loaded, currently on a Suezmax tanker Yannis P headed for the United States Monday. It is not yet known which of ExxonMobil’s US refineries the new crude will end up in. ExxonMobil and its partners are expecting to produce at least 750,000 barrels per day within five years—a figure that if achieved would catapult Guyana into a serious global oil player.

Guyana’s director of the Department of Energy, Mark Bynoe, told Reuters Thursday that his government plans to begin a search for an oil company or trading firm to market its share of the South American country’s crude next month.

Assistant US Secretary Manisha Singh will travel to The Bahamas from January 25-28th to sign a new Open Skies Air Transport Agreement on behalf of the United States. According to the U.S. State Department, this will create greater opportunities for U.S. airlines and improve travel opportunities for American passengers.

The World Bank Board of Executive Directors this week approved a US$20 million Disaster Risk Management Development Policy Credit for Grenada with a Deferred Drawdown Option for Catastrophe Risks (Cat DDO).

The Cat DDO provides Grenada with contingent financing in case of natural disasters while supporting the country’s reform program to build multi-sectoral resilience to disaster and climate risks. It is the first Cat DDO approved for the Latin America and Caribbean Region financed by the International Development Association (IDA), the concessional financing arm of the World Bank.

The Federal Emergency Management Agency (FEMA) and the Puerto Rico Central Office for Recovery, Reconstruction and Resilience, or COR3, have obligated more than $19 million in additional funds for 42 projects related to the recovery and reconstruction of Puerto Rico after hurricanes Irma and Maria in 2017. The funds were obligated between Jan. 10th and Jan. 16th.

To date, over $6.1 billion has been approved for Puerto Rico under FEMA’s Public Assistance program.

Champion Gaming Company Limited is a Jamaican-owed company, which has more than 1,200 machines in the Route Video Lounge Terminal (VLT — slot machines) business in Jamaica. It commands about 15 per cent of the slot machines market operating in the island.

With this acquisition SVL has increased its foothold of the slot machine market in Jamaica and it represents the latest addition to its regional expansion program.

Bermuda’s Incorporated Segregated Accounts Companies Act 2019 (ISAC Act) came into effect on January 15, 2020, providing multiple industries with yet another compelling reason for choosing to domicile their business on island.

The ISAC Act, a stand-alone piece of legislation and a companion statute to the Segregated Accounts Companies Act 2000, further enhances Bermuda’s legislative framework by introducing a new and innovative company structure to cater to the needs of existing and prospective businesses.

ISACs enable the creation of corporate group structures to operate multiple businesses or ‘accounts’, each ring-fenced with its own separate legal identity, under one umbrella. As such, each account has the capacity, rights, powers and privileges of a natural person, including the right to enter into contracts with other accounts under the ISAC and with the ISAC itself.

The Export-Import Bank of India (Exim Bank) said it has extended USD 35.80 million line of credit to Suriname government to fund the country’s rural electrification program.

The line of credit (LOC) is meant for financing rural electrification through solar DG hybrid PV systems in 50 remote villages of Suriname.

12 States In Mexico The US Is Warning Nationals To Avoid