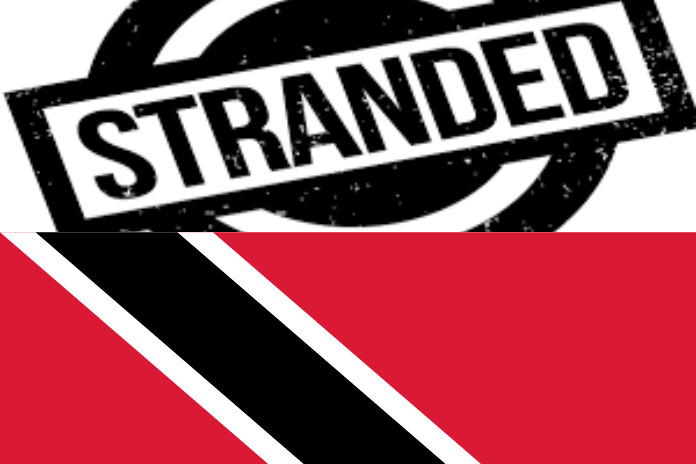 News Americas, PORT-OF-SPAIN, Trinidad, Weds. Mar. 17, 2021: There have been more than 5,000 Trinidad and Tobago (T&T) nationals and citizens left outside of their homeland since the borders closed on March 2020 – a year ago – as a governmental COVID-19 prevention measure.

It is now more than 340 days, and counting, and some nationals and citizens are still stranded abroad.

Sangeeta Jagdeo, a T&T national who returned to the country after being stranded in India, told the Trinidad Guardian: “The Minister of National Security puts it very nicely on paper, but the implementation of the process is a total failure … They are misleading the population”

These citizens feel that they have been abandoned by the T&T government. They have been left in a foreign land, some of them hungry, homeless and penniless. Many of them – like the migrant seasonal farmworkers in Canada – are dying to return home.

Meanwhile, government ministers and their families – with their dogs – are granted exemptions to leave and return as they wish.

In a recent Zoom public meeting held on the topic “5,000 T&T Citizens stranded abroad for 320+ days,” hosted by us at the Indo-Caribbean Cultural Centre (ICC), Karen Lee Ghin, a Trinidadian-American activist helping stranded Trinidadians in the USA since March last year; Shallena Bujan, a T&T citizen in the UK whose mother is critically ill at home; Gerald Ramdeen, an attorney-at-law who has taken legal against the Government to re-open the country’s borders to nationals, all decried the continued lock out of T&T citizens.

Another national, Salim, wrote to us following to the ZOOM meeting to share his story.

“Please just give me hope that very soon I will overcome the worst and most disastrous time of my life, being stranded and abandoned here in Venezuela. I came here for 10 days on the 15th March 2020 to open a registered import-export company,” he wrote. “At first, I had been staying at a hotel here, who I now owe $5,800 USD for the period from 26th March 2020 to the ending of September.

“I was put out on the streets from the said hotel because of the lack of money to pay. Then I stayed in a church for 5 days, then I had to move out and stay on the streets for 3 sleepless days and nights. I was robbed of my cell phone, my jewels and some of my clothes and $75. USD which my family had sent for me to survive.

“Here in this country, Venezuela is facing a humanitarian crisis. People have no food, no medicine, no water and no justice – for their own people, much less for outsiders like me. I have sent numerous emails to the Minister of National Security, and Foreign Affairs, and I have never received a response, up to this date. None.

“I met a vendor on the street who felt sorry for me and invited me to stay at his house until better can be done. I accepted the invitation because I had no choice. His house has 2 rooms, he has a family of 5, for him and his wife and 3 children.

“He has no facilities in his house: no fan, no bed, little water and a small electric one-burner stove. No fridge, and little food for he and his family to eat. So I took my bed-spot on the ground where I have sleeping for the past 6 months. I got sick badly, and thanks be to god, I got better without any medication, only bush medicine.

“A couple of times when my family sent me money and I go to town to buy food, the police would search me and take all my money without asking any question here. Sometimes I eat 4-5 times per week here, sometimes days without food, only water, and I go to bed. It’s disturbing my mental health now, and it’s affecting me very badly, emotionally, physically, mentally and spiritually.

“Also, my passport has been expired since June 2020. Presently, I am illegal here in Venezuela – no money, no food, no justice. I must pay that hotel bill of US $5,800, before I depart for Trinidad. It is just frustrating and depressing here every day, more and more.

I urgently need help here. No food or money, no clothes, nothing. Just living here like a destitute, and I am praying to god. I am a citizen of Trinidad and Tobago, and I have been denied my constitutional right to return home. Thank you for hearing my cry.”