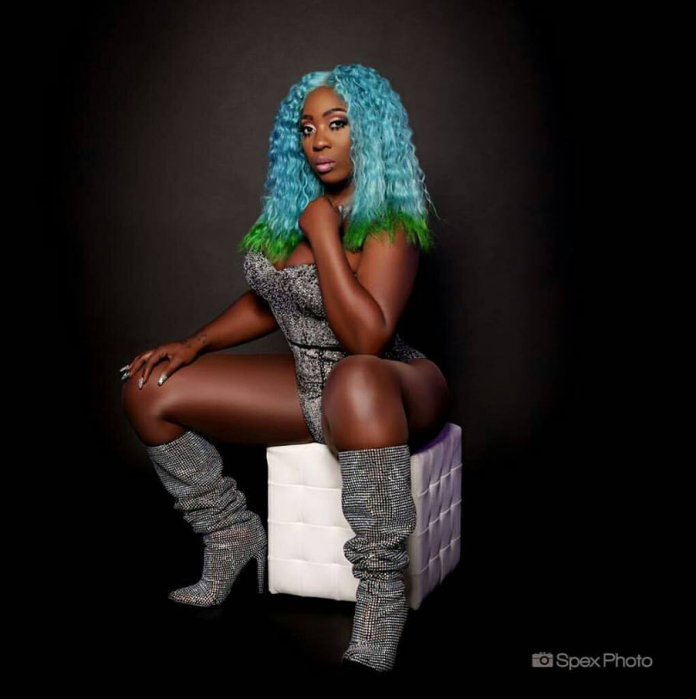 In a recent episode of the show Spice made jabs about hip-hop star Tokyo Vanity’s weight and Vanity attacks Spice for making fun of her size.

The ladies begin to brawl with things getting ugly when Tokyo threw her purse at Spice, and security had to intervene to prevent both ladies from snatching each other’s wigs.

The Jamaican star then took to Instagram to say she was “disappointed in myself for doing the exact same thing I promised myself that I wouldn’t do.”

“Watching back myself fighting on Tv has left me with deep despondency,” she wrote. “Even tho I heard that disrespectful remarks was passed about me behind my back. Leaving me to think she was trowing shade i said I’m gonna trow the whole tree when I met her. With that being said it still doesn’t justify the fact that I was so wrong to comment on her weight.”

Spice, born Grace Latoya Hamilton, however, said she “honestly feel like there’s also some cultural diversity conflict in this situation because we don’t really take the fat shaming so serious on my side of the world.”

“My mother and sisters are Voluptuous women and I joke with them daily about their weight likewise they do to me,” she added but noted: I also have to realize that I’m not in my regular surroundings.”

“I still want to take this time out to apologize to Tokyo again and to also apologize to whom I offended. With that being said big up to all my #smurfettes,” Spice added.

Meanwhile at least one of her fans on Instagram implored: “You need to leave this show its beneath you. Bad for your career in my opinion.” while one user on Twitter said “the show does nothing for the organization she just launched.”

Spice signed on as a supporting cast member for Love and HipHop Atlanta Season 7, after appearing as a guest celebrity last season. She launched the Grace Hamilton Women Empowerment Foundation on May 27th to “uplift young women and push them towards success despite life’s obstacles.”

From Cricketer To Singer – Chris Gayle Is Wacking

AT&T aims for TV’s future with $48.5B DirecTV deal