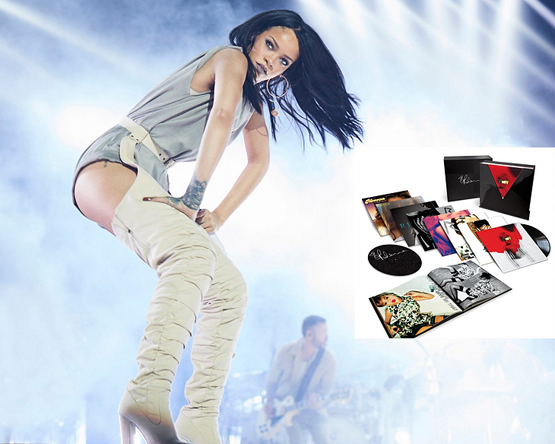 News Americas, NEW YORK, NY, Fri. Jan. 6, 2016: Here are some of the major stories making headlines on the Caribbean entertainment scene this week:

Haitian singer Wyclef Jean is back in the news. He is featured on Moxie Raia’s “Follow Me (KLYMVX Remix)” which premiered exclusively on Billboard.  Raia, a New Jersey/New York native has previously toured with Justin Bieber and has beenmaking waves making on both the Spotify Viral 50 list and Billboard Twitter Emerging Artists chart with her songs “On My Mind.” Jean is set for a 20th anniversary show on Feb. 4th at Terminal 5 in NYC.

Trinidad-born rapper Nicki Minaj has confirmed her split from beau, Meek Mills. Minaj  took to Twitter Thursday to end the speculation once and for all. “To confirm, yes I am single. Focusing on my work & looking forward to sharing it with you guys really soon. Have a blessed New Year,” she posted. Minaj, 34, and Meek, 29, began dating in early 2015.

Bajan star Rihanna is launching a third fragrance in her RiRi collection. Kiss by Rihanna, launches internationally in January 2017 – just in time for Valentine’s Day. The heart of the fragrance consists of Orange Blossom, Gardenia, and Asian Peony and is rounded out with Cashmere Wood, Cedarwood and Ambergris to form a warm and seductive base.  Rihanna has also taken to Twitter to urge call for donors to her Clara Lionel Foundation. Donors will be able to win  her #THECREEPER style puma plus a pair designed by her and the donor. The news comes amidst reports that Rihanna, 28, is not too pleased about the way her ex Drake, 30, has been parading around his hot, new romance with Jennifer Lopez, 47.

Jamaican dancehall star Vybz Kartel may be currently serving a life sentence for his involvement in the murder of Clive “Lizard” Williams but his ‘King of the Dancehall’ album is the top-selling dancehall title for 2016. Based on figures obtained from sales tracker Nielsen Music, the album has sold 3,800 in the United States since its release on June 10, 2016. It is the sixth title from the incarcerated deejay to hit this chart.

The count-down has begun to Rebel Salute, the two-day festival organized by artiste-turned-promoter Tony Rebel. The event is set for January 13 and 14 at the Richmond Estate in Priory, St Ann, Jamaica. It is usually a festival featuring the roots-reggae genre. Among the acts confirmed for opening night are Tarrus Riley, Wayne Wonder, Sister Nancy, Chaka Demus and Pliers, General Trees, The Abyssinians, Anthony B, and Nkulee Dube — daughter of the late South African reggae star Lucky Dube. Night two will see Third World, Spragga Benz, Moses Davis (Beenie Man), Tanto Metro and Devonte, Stranger Cole, Errol Dunkley, Sanchez and Bushman, among other acts. A new aspect this year is the provision of camping facilities for patrons who wish to stay on property. Amenities will be in place for campers in a designated section of the 200-acre venue. For more see here.

A Minute With: Vin Diesel on going dark, getting ripped and Facebook