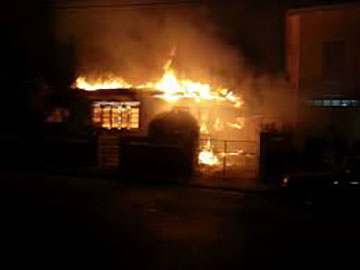 News Americas, NEW YORK, NY, Tues. Dec. 8, 2020: Three people, believed to be Venezuelan nationals, died in an early morning blaze at a house on the outskirts of the capital Port-Of-Spain, Trinidad today, police and fire officials have confirmed.

Media reports said the charred remains of the three people were found after the fire had been put out at the house in St. James, west of here.

Authorities said that investigations are ongoing into the cause of the fire and quoted residents as saying that explosions were heard before the blaze.

Indian cricket will not regulate itself until forced to – ESPNcricinfo.com

Will The Jamaican Diaspora Deliver A Win For Tessanne Chin?

USTA Slaps Serena With A Fine