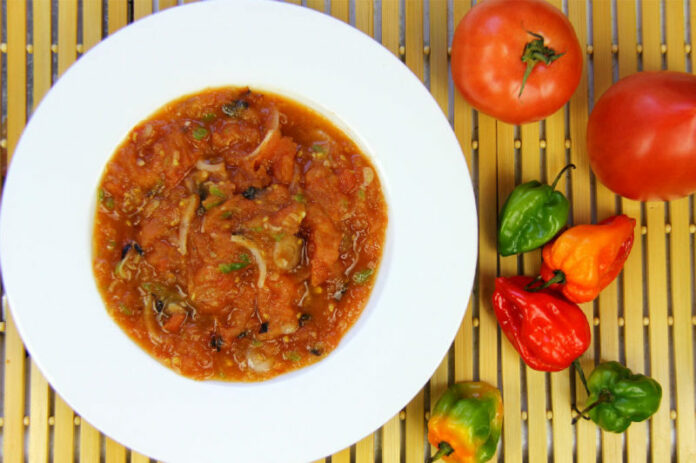 Remove the stem from each tomato and arrange them on a rimmed baking sheet.

Place on the top rack of the oven and broil until the skins are charred and wrinkled, gently flipping once to char both sides. Remove from the oven.

Once cool enough to handle, gently discard the skins and crush the tomatoes into a large bowl.

The tomatoes can also be charred on the grill.

In a mortar and pestle, smash the garlic with some salt and the peppers into a paste.

Mix into the crushed tomatoes.

Sprinkle the thinly sliced onions over the top.

In a small saucepan, place the olive oil over medium heat. Heat just until hot and beginning to smoke, then remove from heat and immediately drizzle over the sliced onions and tomato mixture.

Stir together, top with cilantro if desired, and serve with sada roti.

Battle Over Biographies Rages in Brazil