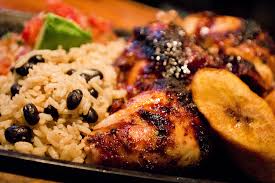 News Americas, SAN JOSE, CA, Fri. May 18, 2018: Trying to find Caribbean grub in San Jose, the hometown of Google HQ? Here are a few Caribbean restaurants fans are yelping about that you may want to check out the next time you are in San Jose or if you live there and have the bug for Caribbean food: 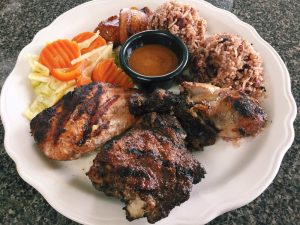 Located at 15495 Los Gatos Blvd, Ste D in Los Gatos, about 20 minutes’ drive-time from San Jose, Reggae Pot diners are all the rave about the jerk chicken plate and the jerk salmon plate, which comes with plantains, festival, rice and peas and veggies.  The Jerk Chicken here also comes with mango sauce and don’t worry – there is Oxtail and Goat as a combo plate here as well. The restaurant has received 4 and a half stars from actual diners and has been reviewed over 220 times. 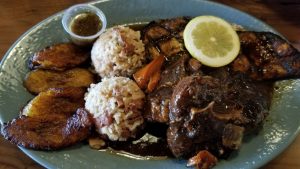 This Caribbean restaurant has received four stars and is located right in down town San Jose at 80 N Market St.  Yelpers rave about the jerked chicken, the mouthwatering jerked oxtail and the jerked pork that comes with a side of corn festivals. Over 1,676 fans have reviewed this restaurant and many are agog about the taste, quantity and price at Back-A-Yard. There is also a location at 1011 Capitol Expy and 1189 Willow Rd, Menlo Park. Where fans rave about the jerk wings and jerk salmon. This restaurant is owned by Robert Simpson, aka Chef Robert, who began his cooking career in Jamaica. He received his formal culinary training at the Culinary Institute of America, Hyde Park, New York and was Captain, Mentor and Manager of the Jamaican Culinary team on different occasions. His American culinary career took him to Chicago, where he worked at David Burke’s Park Avenue Cafe and later the banquet chef of the Drake Hotel, for three years. He served as the executive chef of the exquisite Swissotel, Chicago Chef Robert served as the opening executive chef of the Crowne Plaza Hotel, Burlingame, California in June, 2002. Chef Robert now delights a Diverse Community in Menlo Park, CA with his Caribbean and American Cuisine. 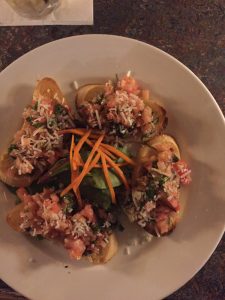 Located at 1355 N 4th St. in San Jose, diners are touting this restaurant’s Caribbean inspired delights like sweet potato fries and pineapple cole slaw as well as coconut fish and Jamaican Baby Back Ribs. It is also located in the Wyndham Garden Hotel  in north San Jose, near the airport, making for a quick stop and opened for breakfast as well. 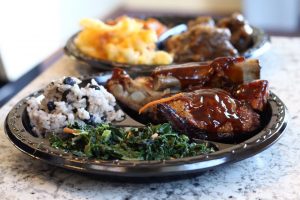 Carisoul, at   655 N 6th St in downtown San Jose, was opened by Trindiad & Tobago national ‘Aunty Wendy,’ who moved to California in her early 20’s. this is a Caribbean restaurant with a Southern Twist as the chef combines the great taste of the Islands with southern comfort to offer up – Caribbean Soul Fusion. Here you will find chicken or ribs served with mac & cheese, green beans and coconut rice. 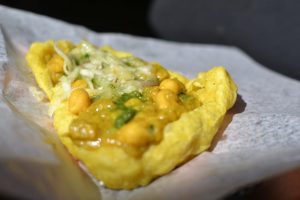 If you are looking for a Trinidad doubles with channa or geera chicken in San Jose then head over to this little joint on College Dr, San Jose, CA.  The restaurant also serves up private catering orders of Pelau, Dex Corn Soup and Geera Chicken.

Mexico’s Teotihuacan ruins may have been "Teohuacan"