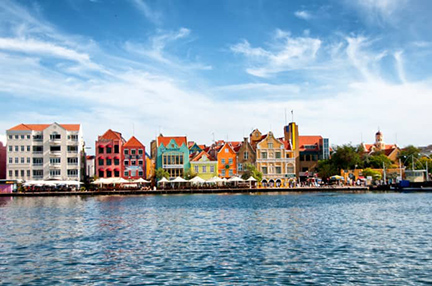 News Americas, NEW YORK, NY, Tues. Jan. 5, 2021: The tiny island of Curaçao is an often overlooked gem of the Caribbean. Most of us don’t know much about it beyond the eponymous liqueur that brightens up our cocktails, but it has plenty to offer as a destination. Quieter and less populated than more famous members of the archipelago, it is both beautiful and fascinating. Here are seven surprising things that you probably didn’t know about Curaçao.

1. It has its own unique language

Along with neighbouring Aruba and Bonaire, the local spoken language of the ABC Islands is Papiamentu. This is a mixture of mainly Portuguese and Spanish, with bits of English and Dutch thrown in. Most residents can speak all the constituent languages as well. The interesting mix is a result of a long history of invasion and settlement.

2. It has strong casino links

Not only is the island home to several casino establishments, but it is also very relevant to the world of online gambling. When looking up new online casinos from a trusted source like www.new-casino.ca you may notice that the license comes from Curaçao. The authorities of the island oversee regulation, act as an arbiter in disputes and provide technical support to the online gaming industry.

3. It is below the hurricane belt

Unlike most of the Caribbean, Curaçao is untroubled by hurricanes and has one of the best climates in the region. Although there is a wet season, it only sees around 550ml of rain annually. The average temperature also stays more or less the same year round. Because of the agreeable weather conditions, the seas close to the island are home to flourishing and mesmerising coral reefs. Diving is a highly recommended activity for anyone visiting.

4. It is in the European Union – sort of

Despite being thousands of miles from the European continent, residents of Curaçao hold EU passports and have the right to live and work in any member state. This arrangement is thanks to its status as an overseas territory of the Netherlands, which also means that they are not required to use the euro or comply with EU law. Evidence of the Dutch control, which started when they took it from the Spanish in 1634, is clear in both the name of the capital Willemstad and its architecture.

5. It is very colorful

Speaking of the capital, it has to rank among the most picturesque in the world. Traditional Dutch buildings are painted a variety of vibrant colors, and the city is set around a large inlet that provides a natural harbor. During the annual harvest parade in April, the traditional bright clothing can be seen in all its glory.

6. Its biggest export probably isn’t what you think

The most famous thing to come from Curaçao is arguably the eye-catching blue liqueur, but the vast majority of the orange-flavoured sweet beverage is not from the island at all. Only around 600 cases are exported annually to the USA, and the genuine stuff comes in a variety of different colours. The name of the drink is not protected, meaning that anyone can make it. Topping the list of the island’s actual exports are petroleum and gold.

7. It has some surprising cuisine

Several local dishes are identical to those found in any Dutch snack bar, but there are options for the more adventurous eater as well. Many eateries will serve up a tasty stew called stoba yona, made with the meat of what is sometimes called ‘chicken of the trees’ – also known as iguana. For dessert, try a delicious and decadent cashew cake.

Snowden believed to be in Moscow, may be headed to Latin America – CP24...