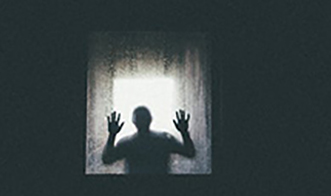 News Americas, BRONX, NY, Mon. Mar. 1, 2021: Several days ago, I saw and heard of legal issues surrounding persons with mentally illness in Antigua and Barbuda. This has created a lot of discussion on the relationship between crime and mental health. There is a wrong idea running through the society, that patients with mental illnesses are more likely to commit violent behaviors than those without.

Unfortunately, we usually assign horrible crimes to people behaving “crazy.” In rare cases this is true. But generally, this false idea has led to mental health patients being arrested, tried, and found guilty of crimes.  Not all criminal behaviors are related to mental illnesses, and often patients with mental illnesses are not usually dangerous.

Recently, a young man with a mental illness was arrested. He got into an altercation with a police officer inside the St. John’s police station and the police lost his life.  In addition, I understand from news reports and talk-radio that the young man had a long history of suffering from mental illnesses.  One would hope that this was an isolated incident but not so.  I was taken aback by a news report by the Daily Observer captioned, “Mentally Ill Man Pleads Guilty to Manslaughter by reason of Diminished Responsibility.”

After reading this article, I became more horrified with the content.

Horrified that according to the article there might be a case of bias and discrimination where justice may not have been served.  The same article revealed that a mentally ill man killed a woman while she was on the beach at Runaway Bay 23 years ago.  At the time the man was declared insane and was admitted to Clarevue Psychiatric Hospital.  Amazingly, 23 years later, when a police officer has tragically lost his life, another mentally ill patient was allowed to enter a plea, to an admission of manslaughter.

Did a psychiatrist not do an evaluation of the mentally ill man and diagnose him with Schizophrenia?

Although the physical cause of schizophrenia is unknown, it is believed that imbalances between chemicals in the brain are the causes. These chemicals are known as neurotransmitters, dopamine, serotonin, and glutamate.  Schizophrenia can result from abnormal interactions between these chemicals.  It’s important to remember that each person may experience schizophrenia symptoms in a different way.

For example, some people feel confused about what is real, less able to share or show feelings, and have a hard time thinking clearly or making sense of information (DSM-5R).

The symptoms of schizophrenia include: Delusions (unusual thoughts or beliefs), Hallucinations (hearing, seeing, smelling or feeling things that are not there), and Paranoia (thinking unseen forces are trying to harm you).

Another question comes to mind. Was this mentally ill patient, who was on medication, truly qualified to make a plea?

Perhaps the courts were simply following the laws on Antigua and Barbuda’s books. If this is the case, then the time has come to revisit these outdated laws.

Those of us who test and treat persons with mental illnesses must advocate the removing of the stigma associated with mental health.

This brings me to the State of New Jersey, Plaintiff-Respondent, v. Stefan Krol, Defendant-Appellant, a case which was argued before the The Supreme Court of New Jersey on February 18, 1975 and decided August 4, 1975. PASHMAN, J. Stefan Krol stabbed his wife to death in their home. He was indicted for murder and tried in the Superior Court, 244 Law Division in Camden County before a jury. Since he did not deny the commission of the homicide, the only issue disputed at the trial was whether he had been insane at the time of the act.

The testimony of psychiatrists who had examined Krol before and after his wife’s death, states that he was suffering from an acute schizophrenic condition at the time of his wife’s death, and acted under the influence of a powerful delusion that his wife was conspiring with his employer to murder him.

The jury returned a verdict of Not Guilty By Reason of Insanity (NGRI) and found that the defendant’s insanity continued.  Acting on the strength of the law at the time, the judge ordered the defendant committed to the Forensic Psychiatric Unit at Trenton Psychiatric Hospital. The defendant appeals his commitment order to the Appellate Division, and as they say the rest is history.

From that time onwards, persons with a mental illness are referred to a psychiatric hospital for an evaluation on their competency to stand trial, if after a three to 12 months period, the psychiatrist or psychologist provides the court with a competency report that the person is insane and will not be restored to reasonableness soonest, the court enters a decision of NGRI.

There are well-established legal precedents within and outside the Commonwealth of Nations where courts commit mentally ill patients to mental health hospitals instead of jail, especially when they are diagnosed with mental health challenges at the time of the crime.

I strongly believe that Wilson Adams should have been found not guilty by reason of insanity, instead of entering a plea due to diminished responsibility.

For justice to be served in this case, all the protocols from a medical/mental standpoint should be accounted for, and followed, it’s also time for government to revisit and pass legislations to the treatment of persons with mental illness.

Guyana Should Use Its Foreign Policy For Economic Development