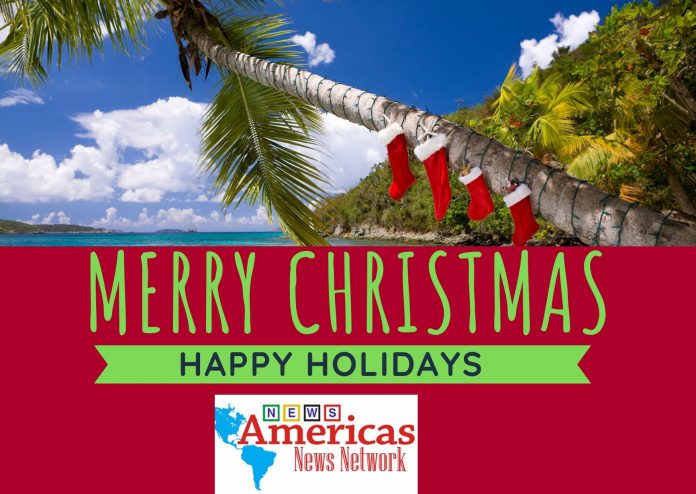 News Americas, LONDON, England, Tues. Dec. 24, 2019: Taken at face value, the outcome of Britain’s December 12 general election could not have been clearer. The substantial parliamentary majority obtained by the country’s Conservative Party guarantees that the UK will leave the European Union in January and seek to negotiate a new trade and regulatory relationship by the end of 2020.

Since any new EU-UK free trade arrangement will have to be achieved over a period of months, the outcome can only be either a deal on trade in goods alone, or that Britain departs at the end of next year with no deal: an outcome that would create a high WTO MFN tariff wall between the EU and the UK.

Any such deal would not address trade in services which presently make up 58.5 per cent of the UK’s exports, about half of which are to the EU27, or the regulatory alignments that the EU is seeking, or other important bilateral matters unrelated to trade.

Some believe that the UK’s decision to time limit the negotiations by law so that they must end by December 2020 is a negotiating ploy aimed at focusing the minds of European Commission negotiators and EU member states. Others contend that it is a first demonstration of the British Prime Minister, Boris Johnson’s intention to fundamentally change government’s approach to the content and delivery of all that it has promised.

The indications are that the latter view is the more likely, and that Brexit is far from being the whole story.

It is likely that the UK election will introduce far reaching structural reforms that will change Britain’s complacent model of government in ways that distance it from the largely unmodified system of governance it bequeathed to the Anglophone Caribbean.

This is because Britain’s new majority Conservative government appears prepared to take an iconoclastic approach to a system crying out for reform.

On trade generally, senior members of the Conservative Party who are likely to be responsible for negotiating all future trade arrangements are interested in an alternative approach to the basis on which such arrangements are agreed.

Speaking recently to the BBC, Michael Gove, the Minister who is widely expected to take charge of Brexit and all other trade negotiations, made clear in a little noticed interview his thinking on a future trade relationship with the EU centered not on ‘dynamic alignment’ as but on ‘loose alignment’, a concept that implies the UK will compete more directly with its neighbors by varying its regulatory environment.

More significantly still, Mr Gove expressed a deep interest in the international debate about how trade deals are negotiated, suggesting that in future they should take place based on ‘outcome-based equivalence’ rather than as at present, the harmonization of trade regimes.

It is a view that would explain the Conservative government’s disinterest in regulatory alignment, its emphasis on competition, and for example the promise of freeports located in the forgotten working-class constituencies in Britain’s north east that have for the first time ever elected a Conservative to Parliament.

For anyone who wants to truly understand the radical changes being considered to the UK’s tired and often unresponsive political and administrative establishment, they should take notice of the messaging coming out of Downing Street.

Taken together it suggests a large number of ministers being replaced in February by figures who can drive change; a different approach to cabinet government involving reportedly mini-cabinets specific to certain issues; making more regionally representative the upper house, the House of Lords; the rationalization of ministries by objective; a ‘fit-for-purpose’ integrated defense, security, foreign policy and development review; recasting the culture of the civil service, in part bringing in external experts with science-based skills; and a results oriented approach that would see failing civils servants removed.

The objective is to deliver structural and cultural change and to radically transform the delivery of government.

For anyone who wants a deeper understanding where this thinking is coming from it is worth reading some of the online postings outlined by Prime Minister Johnson’s Chief Special Adviser, Dominic Cummings.

Mr. Cummings, who is best described as a brilliant, politically and verbally aggressive maverick who masterminded Vote Leave’s Brexit strategy in 2016, sits at the heart of Mr. Johnson’s political office, providing strategic advice and direction, but is not a member of any political party.

A general flavor of his thinking can be seen in his 2014, 38 page ‘manifesto’ ‘The Hollow Men II – Some reflections on Westminster and Whitehall dysfunction’: a document as significant in the context of modern political thinking as Tony Blair’s 1998 paper on the Third Way, which came to influence many Caribbean politicians.

‘Can we change course? There is a widespread befuddled defeatism that nothing much in Westminster can really change and most people inside the Whitehall system think major change is impossible even if it were necessary. This is wrong. Change is possible. We do not have to live with the permanent omnishambles that we have become acclimatized to. Monnet created the EU by exploiting crises – sometimes nothing happens in decades, and sometimes decades happen in weeks. Big changes are possible if people are prepared,’ Mr. Cummings wrote.

Under other circumstances much of what Mr. Cummings suggests might have been better located within a modernized, forward-looking British Labour Party.

His thinking mixes a market-oriented approach with state intervention and social justice, actioned in ways that touch ordinary people’s lives and ends establishment group think. As such his views represent a considered response to populism and inequality, have a strong intellectual underpinning and if achievable, could deliver on social policies in ways that draw in skeptical middle-class voters in urban areas.

All this could come to nothing if the UK political class and establishment close ranks and find ways to maintain their privilege. What however is different this time is that Mr. Johnson and his newly elected cohort of MPs must deliver rapidly what they have promised to the neglected communities that voted for him, if he is to have more than one term in office.

In a region plagued by implementation deficits and bureaucratic inaction, the Caribbean should set aside any residual prejudice, and observe closely the impact or otherwise of Mr. Johnson’s reforms.

EDITOR’S NOTE: David Jessop is a consultant to the Caribbean Council and can be contacted at [email protected] Previous columns can be found at www.caribbean-council.org

The problem of Puerto Rico won’t go away

Bases fret as leaders talk of deals on ‘fiscal cliff,’ immigration reform – The...