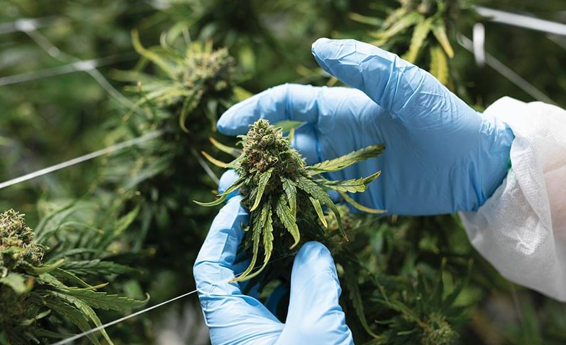 News Americas, NEW YORK, NY, Mon. Mar. 1, 2021: Up until a few weeks ago, Sundial Growers (SNDL), was a soon-to-be-delisted penny stock traded in the Nasdaq stock exchange. It was seen as a small-time player in the highly fragmented North American cannabis industry.

However, the combination of an industry-wide tailwind provided by the prospect of full-blown legalization of marijuana at the federal level, along with increased interest from retail traders during the seemingly coordinated short-squeeze of early February, helped Sundial avoid delisting from the exchange as its share price rose above the $1 threshold; the minimum price required for Nasdaq-listed stock.

Meanwhile, the company managed to capitalize on this interesting surge by successfully launching a share offering through which it raised a total of $74.5 million, propelling its cash reserves to a staggering amount of $610 million.

Now, what is it that investors keep seeing in this stock that has allowed it to remain above the $1 threshold even after the short-squeeze frenzy was over?

In the following article, business consultant Jasdeep Singh from Connecticut shares his take on the matter by analyzing the latest moves from the company’s management.

Is Sundial something more than the cash cow of the moment?

As of this Friday, the market capitalization of Sundial Growers was $1.55 billion, while its cash reserves should be around $700 million as the company managed to secure another $90 million recently from the sale of 98.3 million warrants with an exercise price of $1.5 per share.

Moreover, according to Sundial’s latest quarterly report, the company had $120 million in property, plant, and equipment, and another $30 million in inventory, which raises their ‘tangible’ asset count to around $850 million.

So, at this point, the market is valuing Sundial at a bit less than two times its ‘tangible’ assets, including cash, inventories, and fixed assets. This means that market participants are seeing some form of goodwill value in addition to the book value of the company.

Could it be sales or profitability? No. While the company has generated $10 to $20 million in sales in each of the past five quarters, it has had a negative net income in every single one of them.

So, what is it that the market is seeing in this particularly interesting company that has nothing but cash to show up?

According to Dr. Singh from Connecticut, US, with that much cash in its pocket, Sundial has the capacity to make interesting acquisitions that can ramp up its top and bottom lines on short notice.

Therefore, at a point when a seemingly tectonic shift might be about to take place in the United States if marijuana were to be legalized at the federal level, Sundial’s cash would be a door-opener. The company could target American firms and have a footprint on the other side of the pond.

The intention to potentially acquire a business to grow its operations is reflected in the prospectus of Sundial’s $100 million share offering.

In the document, Sundial stated that it plans to use the net proceeds from the offering “for the financing of possible acquisitions of, or investments in, equipment, facilities, assets, equity or debt of other businesses, products or technologies and for working capital and general corporate purposes”.

In most cases, when a business wants to raise money just to finance its cash burn, as would be the case for a money-losing company like Sundial, these prospectuses would state that the money will be used for “general corporate purposes” only.

However, the addition of the highlighted phrasing provides a hint that they company may be planning much more than just covering operating costs.

Furthermore, Sundial Growers recently filed a document with the Securities and Exchange Commission (SEC) in which the firm disclosed its intention to launch offerings for up to $1 billion in the form of common shares, preferred shares, warrants, rights, and units. Such a move is further evidence of Sundial’s intention to make a big investment, whether through an acquisition or an ambitious expansion project that involves the purchase of land, fixed assets, and/or equipment.

It is difficult to say how Sundial’s story will play out as the company has not yet fully unveiled its strategy or plan to deploy the sizable amount of cash that it currently has in its coffers.

However, everything seems to be indicating that a big acquisition announcement is about to kick in and, when that happens, the share price will probably react based on how positive the deal is for the future of the firm.