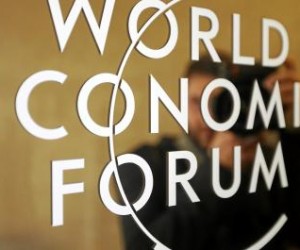 News Americas, LONDON, England, Weds. Feb. 12, 2014:  Each year since 1971, the powerful and influential of the world, the global super elite, have met in Davos in Switzerland to discuss the challenges facing the world economy.

This year’s World Economic Forum focused on the ways in which ‘networked hierarchies and technological forces’ were transforming our lives, communities and institutions, at a time when the international community remained focused on crisis rather than strategically driven responses.

Many of the issues considered in the alpine resort suggest we are heading towards a world for which the Caribbean, because of its smallness and peripheral nature, is not only unprepared, but is so far behind, that it will, before long, need remarkable new forms of leadership and vision to respond to.

Much of the discussion revolved around rapid technological advance, change and the likely consequence that global economic recovery will favor the few rather than the majority.

Put another way, the suggestion was that we are entering a world in which future growth is likely to benefit fewer and fewer people and that the opportunity to be modestly prosperous is moving away not just from the world’s poor and working class, but increasingly from the middle class whose capacity to benefit and participate in wealth creation has previously been widely accepted as cementing stability in market economies.

The event was for and about a privileged group of individuals, remote and secure from everyday life, speaking about a future from which most had managed to exempt themselves financially, and in some cases morally.

However, it provided a warning of the social inequality and instability likely to result in the next decade as the concentration of capital in a few hands and rapid change in relation to new technology will alter forever the structure of world in which we live.

Of these the most challenging issues considered is what is sometimes described as the coming of a new machine age. This starts from the premise that computing power is growing exponentially and that as machines come to replace and multiply our intelligence, they will begin to replace not just mechanical tasks but many of the knowledge based forms of the employment that we undertake as well. The suggestion is that we are on the edge of a new and profound industrial revolution of automation that may put millions out of work in everything from building and fishing through to working in call centers.

The suggestion is that as these and other radical changes take place in the structure of the world economy, as corporate tax avoidance grows, and unproductive capital is concentrated in the hands of a few globally, the nature of the relationship between the governed and the state will alter. Then elites, in the form of those well represented in Davos in January, will act in ways that take them into the space of governance, raising questions about democracy that few presently have answers for; other than to look back to the old politics of class, party and the now centuries old lines of thought that economic globalization has bypassed.

Speaking in Davos about the social dimension of present change, Christine Lagarde, the Managing Director of the International Monetary Fund, highlighted the threat that growing income inequality posed if the benefits of growth were enjoyed by far too few people. It was not a recipe for stability and sustainability, she said in an interview with the Financial Times.

In this context, a contribution made by Pope Francis to the gathering was sobering, suggesting that those present should reflect on the causes of the economic crisis, and help build a new economic order where wealth serves the people not the other way round.

In an address read to the gathering, he said that while there was a need to recognize the fundamental role that modern business activity has had in improving social welfare and reducing poverty, it has often led to widespread social exclusion and insecurity. “What is needed, then, is a renewed, profound and broadened sense of responsibility on the part of all.” This, he said, “calls for decisions, mechanisms and processes directed to a better distribution of wealth, the creation of sources of employment and an integral promotion of the poor which goes beyond a simple welfare mentality.”

The comments come as it is clear that faith in government has fallen worldwide to the lowest levels ever. An annual survey produced by the global public relations group Edelman, showed that only 39 per cent of those surveyed had confidence in government, with the suggestion that if not addressed, it could herald a rise in populist political activity.

If evidence were needed it is not far away. In Brazil a new form of social protest has emerged, a phenomena known as ‘rolezinho,’ a type of flash mob involving sometimes thousands of young people organized through social media descending on upscale locations such as shopping malls to demonstrate against everything, from increases in bus fares to social and racial inequality.

These developments and the fact that they are now being debated at the highest levels by those with the most to lose, should there be negative social implications, indicate that they cannot be ignored.

They suggest that the region and individual nations in the Caribbean ought to brutally assess where they might have advantage in a changed world, accept their structural and other limitations, and set about gradually and pragmatically adapting their economic and political systems on the basis of national consensus, rather than complaining that what exists is the fault of others.

Space does not permit a discussion of what this might practically mean, but in essence it suggests the need for economic rebalancing, moving the region up-scale into niche markets whether it is in manufacturing or tourism, constantly developing and managing reputation and brand, and providing better, transparent and inclusive governance. Above all, it requires a huge long term investment in education and the recognition that unless academic institutions are business oriented, world class, and prepared to compete internationally, governments wanting change will have to find ways to encourage the educational establishments of others to locate in the region.

It also suggests that young people, aspiring politicians, tomorrow’s business leaders, church men and women and every citizen needs to think very differently about the future and the issues they will have to address if the Caribbean is ever to reach the promised land.

David Jessop is the Director of the Caribbean Council and can be contacted at [email protected]. Previous columns can be found at www.caribbean-council.org.

U.S. Secretary Of State Brings Words But Little Else To CARICOM Meeting

After Week Of Drama, Cayman Islands Gets New Premier

Over 75,000 New COVID-19 Cases Reported In Latin America In One Day