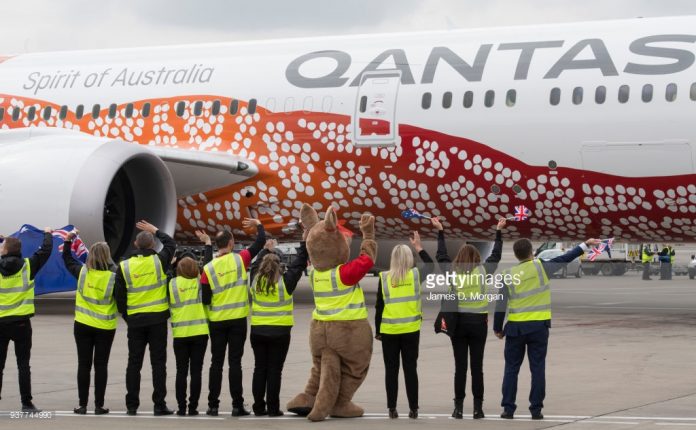 News Americas, LONDON, England, Fri. April 6, 2018: Over the years, I have traveled to and from Europe on multiple airlines and in every class. I have had the good fortune – once –  to have flown to London on the Concorde, and the misfortune to be packed, sardine-like, in the back row of a low-cost transatlantic carrier that no longer exists. Most flights have been perfectly acceptable, rarely being longer than the ten hours it takes to get to Kingston from London, although once, eastbound to Houston, headwinds and bad weather resulted in a flight that seemed to last forever, at nearly thirteen hours.

I note this because much lengthier new direct air services seem set to test the physical and mental endurance of passengers, especially those travelling in coach.

Two weeks ago, Qantas the Australian airline introduced a direct seventeen-hour service between Perth in western Australia and London using a specially designed Boeing 787-9 Dreamliner. The plane has higher levels of cabin humidity and oxygen, better temperature control, lower pressurisation, and mood lighting: all of which are said to enable the passenger to feel less dehydrated and jet lagged on arrival. The new service reportedly also has special features in all three of its classes, designed in part to keep passengers entertained, and meals better timed for long journeys.

That said, the airline has recognized that for some passengers, very long flights may be challenging. It has noted that it will be sending passengers an email before departure advising them on the health and wellbeing steps they should take before, during and after their flight.

What however is apparent from the reports of those journalists who drew the short straw on the inaugural flight and flew in coach, is that three basic problems arise on very long-haul flights: the seat spacing, width and pitch; the discomfort of being stuck for long periods in a middle of a seat row; and boredom.

Some wondered in their reviews whether there are physical limitations to the lengthy flying times which many long-haul airlines are introducing as new aircraft come into service.

Qantas and other airlines argue that extended direct flying times are efficient and less expensive for passengers and make better financial sense for the carrier, especially as aircraft manufacturers begin to roll out new extended range versions of Boeing’s Dreamliner and the Airbus A350. For example, next year Singapore Airlines has said that new equipment makes it economically viable to fly again direct from Singapore to New York, on what will become the world’s longest scheduled route at around twenty hours.

What all of this suggests is that if airlines are increasingly to fly longer distances non-stop, they need to give much more thought to passenger comfort, well-being, and sleep, particularly for those travelling in coach.

To this end Qantas’ Chief Executive recently told an industry conference that the airline is exploring whether on ultra-long-range services it might introduce beds or other facilities such as lounges or exercise areas in parts of the plane normally dedicated to cargo. He noted that on such services it is not possible to carry freight because of weight to range limitations, so the airline was beginning to think that for an additional cost, premium economy passengers might purchase access to facilities in what would otherwise be cargo bays.

What no one seems to be talking about, however, is enabling travelers in the back of the plane on very long flights to sit in more comfort. Over the last two decades to increase yield, many airlines have reduced the spacing of seats and sought to charge premium prices for coach seats with extra legroom.

Some carriers have recognized this is an issue, but most appear to think that image, on board service and price continue to be more attractive than comfort.

For the Caribbean, the issue of ultra-long-haul flying is not yet of direct relevance but as every tourism minister wishes, one day visitors will travel on direct air services from much further afield, and in particular China. Let us hope that by then such visitors will be able to travel in greater comfort.

David Jessop is a consultant to the Caribbean Council and can be contacted at [email protected] Previous columns can be found at www.caribbean-council.org