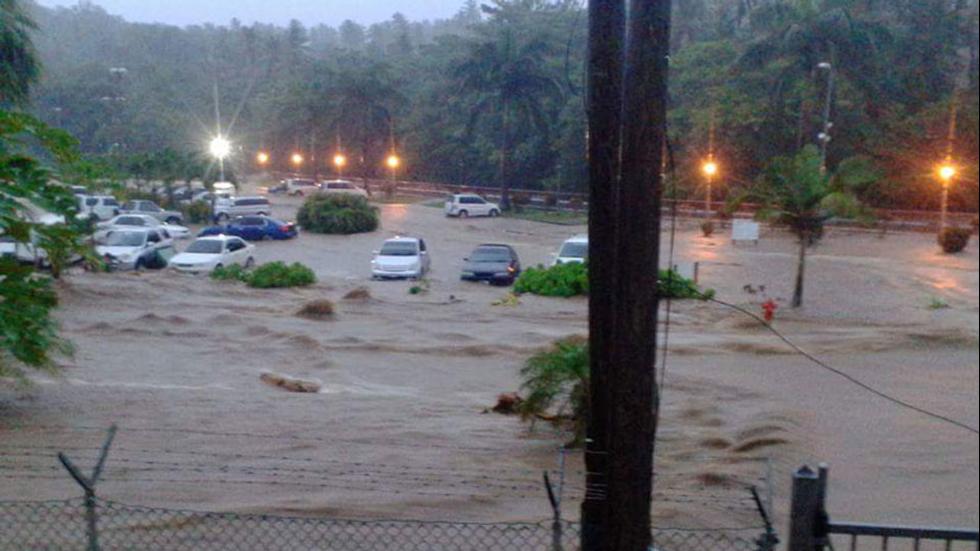 Reports out of Dominica indicate the island took a direct hit from Erika which brought nearly nine inches of rain overnight Wednesday that triggered severe flooding and mudslides.

The storm washed out roadways, and caused the collapse of several buildings, including family dwellings, reports said. The Caribbean Disaster Emergency Management Agency said 25 to 30 people were missing.

“Our primary concern at the moment is for the preservation of life in Dominica,” PM Skerrit stated. “We are now going to be focused on a search-and-rescue mission. We will focus on infrastructure after.”

“I wish to reassure the people of Saint Lucia that we are working with the Government and emergency authorities in Dominica to confirm the extent of damage and to determine how best we can support them in this, their time of need,” he said in a statement Thursday.

His comments came as reports indicate the Douglas-Charles Airport in Dominica was heavily flooded leading to several airlines, including LIAT cancelling flights until further notice.

Several other airports in the LIAT network remain closed yesterday and all flights north of Antigua remain cancelled.

On social media, many Dominicans posted photos of flooded streets and washed out roadways even as many also urged supporters to pray for the island and its people.

Last night, the National Hurricane Center in Miami said Erika is expected to produce total rainfall accumulations of 4 to 8 inches with maximum amounts of 12 inches possible across portions of the Leeward Islands, the Virgin Islands, Puerto Rico, the Dominican Republic, the Turks and Caicos Islands, and the southeastern Bahamas through Saturday.

At 5 p.m. yesterday, the center of Erika was forecast to move near the Virgin Islands and near or over Puerto Rico Thursday tonight, and move near or over the Dominican Republic on Friday.