News Americas, RIO, Brazil, Mon. Aug. 15, 2016: Usain Bolt proved last night that not only is he still the fastest man in the world but indeed the world’s greatest track and field athlete, as he easily won his 100-m final in Rio to increase the Caribbean region’s medal count to 10 on  Day 9 of the 2016 Olympics. 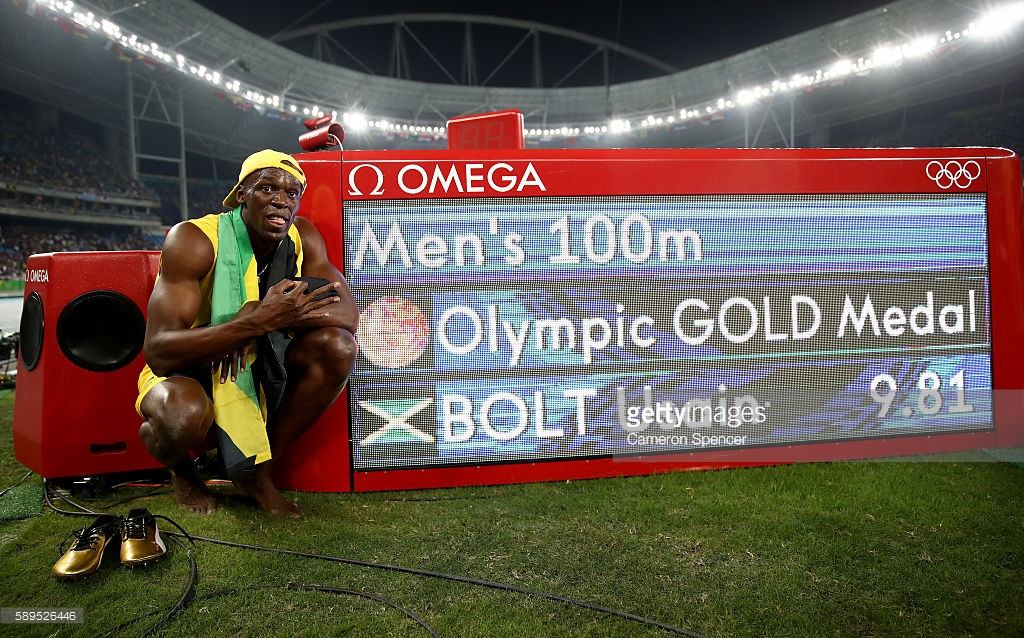 The Jamaican sprinter, who turns 30 later this month, beat out the US’ Justin Gatlin in the much-touted re-match Sunday evening to claim gold again and yet another Olympic medal in lightening bolt speed – his seventh overall.

Bolt’s 9.81 finish in Rio Sunday night was the fastest in the Rio 100-m final – way ahead of Gatlin’s second place win with 9.89. His gold medal moved the Caribbean’s medal count forward again on a day when Grenada’s Kirani James had to settle for silver in the 400-m finals in a time of 43.76 behind South Africa’s Wayde van Niekerk, who took gold with an astonishing world record time of 43.03.

Still James’ win put his country on the medal table with the first so far.

Cuba, however, still leads the region now with five medals, adding two yesterday. Ismael Borrero Molina won the first gold for Cuba in the Men’s Greco-Roman 59 kg wrestling match-up while Lazaro Jorge Alvarez took the bronze in the Men’s Light (60kg) Boxing competition. Other medal holders for Cuba are Idalys Ortiz with a silver in the Women +78 kg judo competition and Erislandy Savón and Joahnys Argilagos with a bronze medal apiece in the men’s heavy 91 kg boxing face-off and the Men’s Light Fly (46-49kg) competitions, respectively.

Puerto Rico brings up the rear with its first and only medal so far. Mónica Puig won gold for the US Caribbean territory by beating Petra Kvitová of the Czech Republic in the Women’s singles tennis match-up.

My Identity as Haitian-American Is an Asset, Not a Deficit